The Day the Queen came to Town

During the Australian Royal Tour of 1954 it was decided to provide the Royal couple with a good night’s rest away from the main line, and for 12 hours, Goorambat became the centre of the Commonwealth! 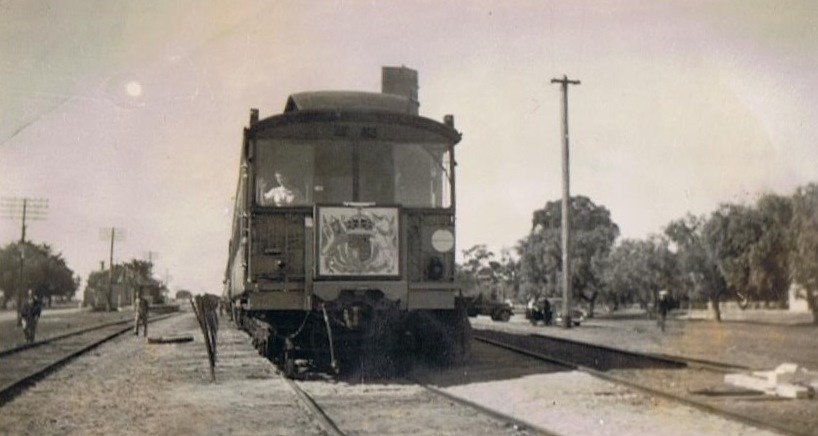 The Royal train arrived at Goorambat just as it was getting dark on 4th March 1954, and contrary to newspaper articles at the time there are a number of reports from locals still living in the town that the Queen and Duke of Edinburgh appeared on the observation platform briefly that evening. The station had been decorated with greenery, bunting and flags,  and an archway erected on the track by the Goorambat CWA members, and many people came to wave to the royal couple.

The following morning, many people gathered in the town and after some consultation the guards allowed the children to come into the station yard, and a few minutes before the train was due to depart the elders were also allowed to gather there and the crowd were very excited and moved then Their Majesties again appeared on the observation platform for about 5 minutes in order to see the decorations. The Queen was described as wearing “a simple little lemon frock with fly-away cuffs on the sleeves. Contrary to reports, she did not wear any jewellery, hat or gloves.”

The Goorambat siding had been chosen for ease of security as well as proximity to Benalla, the next stop on the tour. There were 2 trains – one was the royal train and the other the press train.

A plaque was later placed in front of the Mechanics Institute, opposite the railway siding, to commemorate the visit, when the Royal couple spent 12 hours in the little town of Goorambat. 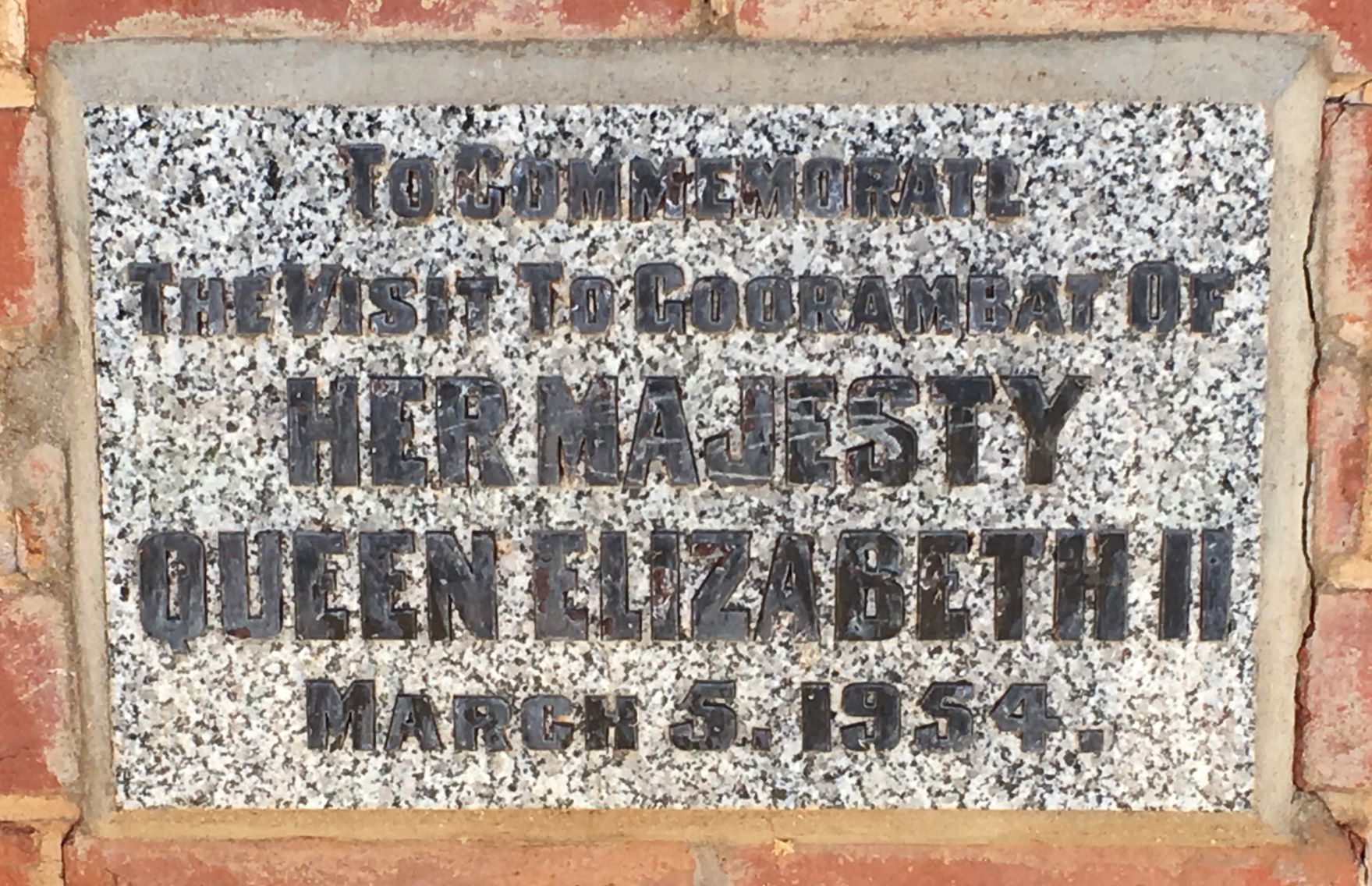 Tim Bowtell is set to tackle another huge project - the Katamatite silos.   Benalla artist Tim Bowtell has been selected to paint the … END_OF_DOCUMENT_TOKEN_TO_BE_REPLACED

This page is still under construction. The Goorambat Solar Farm is currently due to start construction in 2022, with owners NEOEN already becoming … END_OF_DOCUMENT_TOKEN_TO_BE_REPLACED